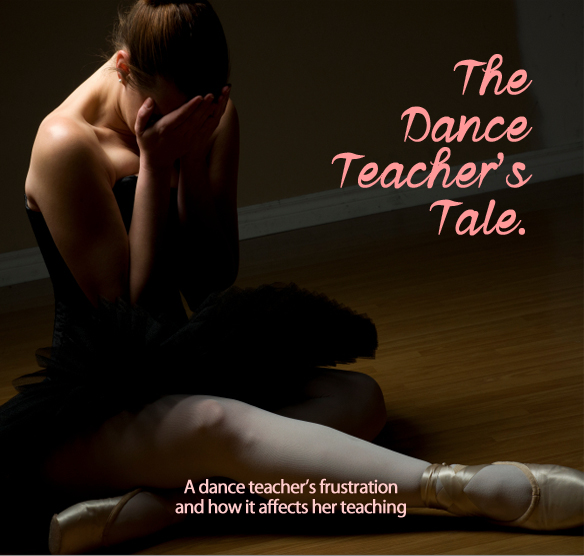 Recently, I was watching my basic level students perform a floor exercise.  It was a development of a sequence we had been working on for the past three weeks.  I showed it three times.  I broke down key ideas and potential challenges. I went over the counts.

No one had any.

I counted in my accompanist, and lay down on the floor in front of the class to do it with them the first time.  I counted and used sounds (whee, da-da-da) to give a sense of breath and flow along with the soft, yet percussive, music.

I stood at the front indicating the movement and still cueing the counts.  The exercise was a train wreck.  They hadn’t grasped the counts at all.  People were going the wrong directions. And because they didn’t have the sequence, they couldn’t devote any effort to things like keeping their ribs from jutting forward and engaging their abdominals.

“Okaaaaaayyyy… That was dress rehearsal,” I tried to keep my voice emotion-free.  “Second group.”

The second group was far better, not perfect, but far better.  They understood the counts.  Many showed at least a basic understanding of weight, spinal articulation and rhythm.  I could look at them and feel like a good teacher.

I went over the exercise AGAIN before letting Group One have another shot at it. I thought about breaking up the groups, but we were already almost 30 minutes into class and still on the floor.  I wanted to get through this exercise, and let Group One show me that they could take responsibility for their work; that they could watch a good demonstration of the material and make improvements on their own.

I guided the first group through the counts, but it was obvious that very little I said had gotten through to them.  I should have yelled “STOP!” but it seemed pointless. I didn’t have the energy to harangue them, and what was I going to say now that I hadn’t said before?  Should I have stopped them and asked what they didn’t understand, so we could fix it?

But part of me didn’t think they even knew what they didn’t understand.  Because it wasn’t so much that they didn’t have the exercise, it was more that they weren’t present in what they were doing.  They were going through the motions as opposed to investigating any concept fully.  Tummies hung out while rolling down to the floor and arms had no connection to the back. Furthermore, they were doubting themselves every step of the way – their movements seemed hesitant and slow.  There was no attack, no risk, no willingness to just go for it.

Just a few days before, we had just watched a higher level class and noted their confident approach, even when they were somewhat unclear of the movement.  Their lackluster performance after observing more advanced dancers, quite frankly, made me sad and angry for them.

Maybe I should have encouraged them and told them that they “were better than this” and “were such good dancers that this was beneath them,” but that was coddling.  And at the moment, it was very, very insincere.

So I went there.

I leaned against the mirror and slumped down to the floor.  I grimaced as though I had stabbing gas pains. I squinted at them.  I put my hands over my face and peeked out between my fingers.  This is what I have to show for the last 11 weeks of my life?  Some of them look like they just wandered in off the street.  What had I just been talking about and showing them? I felt completely demoralized.

After class, I thought about my reaction. Much of it had come from a mid-life crisis of sorts.  I felt stuck. I was definitely feeling that I had stayed too long at the fair.   I couldn’t shake the feeling that I had given almost everything to dance, and received very little back.

Had I not explained it or demonstrated it carefully enough?  So much of the onus was on me, as the teacher to explain everything just the right way, to speak to each different mentality and physicality.  How could I get through a class if I did that?  And when did it become the students’ responsibility to just do it, to just figure it out?

Whatever the case, my personal problems were making me see my class with shit-covered glasses.  I couldn’t do anything right and neither could they. I was condemning myself by looking at students for whom, because of body issues or a poor work ethic, success in dance was a pipe dream.  And I was being just like the students I chided for wanting perfection instantly.  I certainly didn’t come upon my understanding of movement in one lecture series – it was a long process of trial and error, of teachers saying things a bajillion different ways, and time.

However long I stay in the studio, I have to be more patient. I love dance, and am afraid to leave, but I fear becoming one of those teachers so disillusioned she swears at students while she swigs from her hip flask. While I accept responsibility for searching for better ways to get students to absorb information, I have to realize that I might not be the one they “see the light” with.

They might have their epiphanies (or their first of many) this semester, in a matter of years, or never.

My job is to learn to be okay with that.

This post was written exclusively for Bonbon Break Media, LLC