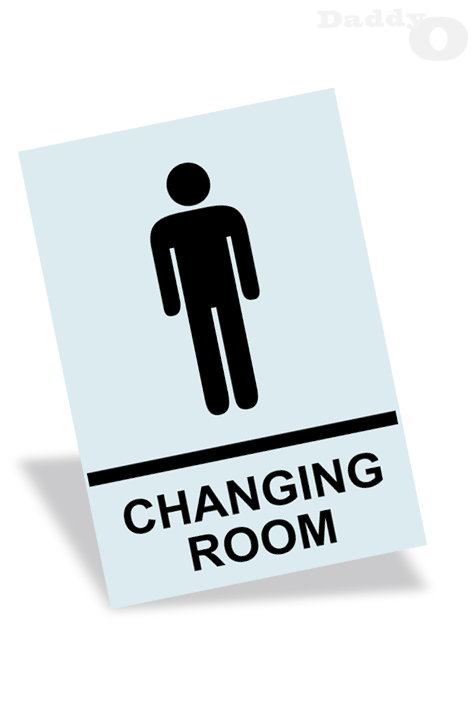 20+ years ago I was this 6’2”, 235lb rugby player that could put a few pints away shortly after washing the dried blood off his hands, from the day’s match. He didn’t think he would settle down, let alone EVER change a diaper! That would only keep him from the manly work that would fill most of his manly day! And hey, he never saw his Dad change a diaper, so why would he?

Today, I can strap on a BabyBjorn faster than a European nanny.  I can make blueberry pancakes arranged in such a smiley, artistic arrangement that would make Picasso or Martha jealous.  I am able to coordinate which hair scrunchie compliments which outfit because, heaven forbid, a color conflict exists! And when my kids present me with some dire “friend” turmoil, I will attempt to listen, comfort and then offer brief, non-judgmental advice…well, that last part I am still working on.

This transformation of mine had occurred over many years. But I started out by tossing everyone else’s expectations of me clear out the window.  While everyone’s situation is unique, everyone can challenge pre-conceived notions of who they are and especially how they choose to parent. And even though they supply us with their fair share of angst, we owe it to our kids and ourselves to evolve.

That guy I spoke of earlier would’ve made a terrible Dad and while I’m learning as I go, my kids know that they are loved and respected. The way I see it, they’re already ahead of the game 🙂

Have you happened to see a difference between the long ago you & today’s version? Feel free to comment below

This post was written by Greg Santomero for BonBon Break Media, LLC