Tips for Letting Your Kids Roam This Summer 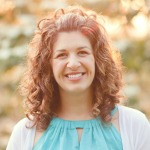 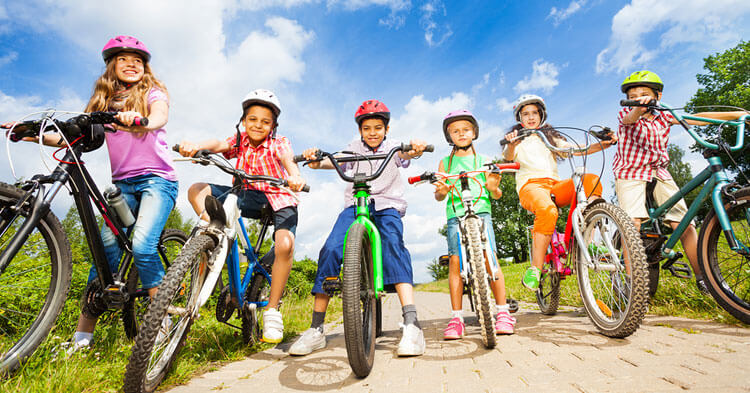 Remember back when we were kids, when summers meant roaming from house to house with the neighbor kids, where we would have kickball games in the rain and play Barbies for hours-on-end in someone’s basement and ride bikes and build forts? Does that happen anymore?

Actually, YES, it does!

At 7 1/2, my oldest is an experienced neighborhood-roamer. Last summer, when I would post pictures on Facebook of the fort he had built with his buddies or some other escapade the neighborhood kids had dreamt up, there were inevitably comments like, “It’s nice to see kids still do that” or “I wish our neighborhood was like that.”  It seems that many parents these days want their kids to enjoy the sort of wandering we associate with childhood but aren’t always sure how to make that happen.

Certainly it is easier in some communities that others. My boys are 4 and 7. Their freedom to roam has been a bit more limited since we moved this spring, if only because homes on our new street are still being built and I’m not 100 percent comfortable letting them ride their bikes around construction vehicles. But as soon as all of the sidewalks are in, the oldest will have pretty free reign of our block and be ringing the neighbors’ doorbells (but not until after 9 am). Our last street was quiet and full of kids under 10; my kiddo started roaming as soon as he was in kindergarten, if not a little sooner.

As long as you live in a relatively safe and family-friendly community – be it a street block or an apartment building – there are few reasons I can think of not to let your kids roam…and a LOT of reasons you should! So exactly how do you know when your child is old enough and ready to start roaming the ‘hood? And how do you make this happen? Here are a few tips that worked for us.

The better you know your neighbors, and the the better they know you, the more comfortable you’ll be letting your child venture off. Go for walks. Introduce yourself – and your kids – to other adults on your block. Invite another family over for a cook-out or a morning play date. Build those relationships! And if you “don’t have that kind of neighborhood,” be the trend-setter. It has to start somewhere, and there are a zillion ways to build a sense of community. (I have a few ideas on the Community page of my site. One of my all-time faves is the neighborhood race day.)

So let’s say you do have a friendly neighborhood. Before your kids start to roam, consider the following:

2.  Have clear expectations and repeat them often.

Start by creating some basic safety-related rules. In the beginning, ours were things like “don’t cross the street without an adult,” and “bikes must stay on the sidewalk.” We reiterated these rules each time our son went out, and we reminded him that being allowed certain freedoms (which evolved gradually) depended on his ability to follow those rules. Nowadays we remind him before he heads out to come right back home if his friend isn’t available to play and to have the other parent text us if he is going to stay. The rules will evolve over time as your child matures and is ready for more freedom.

When I look back, the transition from “always supervised” to “roamer” was a gradual one that started with things like letting my oldest ride his bike up and down the block while we watched from the driveway, then allowing him to ride to his friend’s house at the end of the block and ring the doorbell. Early on, he wasn’t allowed to cross the street without an adult, which meant sticking to the houses on our side of the road and going no farther than the corner. As we grew confident in his ability to look both ways before crossing, we started letting him cross solo.  This goes along with the next tip.

Whether you have a 5-year-old or a 15-year-old, give your child as much freedom as she can handle responsibly. Create some rules and see how your child responds. The more responsibility your child shows, the more freedom she is allowed – up to a point, of course.  And if your child can’t follow the rules, you know she isn’t  ready for those freedoms quite yet.  When my oldest was 5, we quickly realized he wasn’t yet able to follow the rules we set, so we took a step back and tried again a few weeks later. (If you are curious, you can read more about that here.) The nice thing about this approach is that kids generally recognize the fairness of it, especially if they understand how it works, and you frame the goal as keeping them safe.

Find opportunities for your child to practice following the rules you’ve established and demonstrate the skills you want to see. Remind him why these rules/skills are important and what it means for him. I vividly remember pointing out to my son, who was paying no attention whatsoever to the other cars in a parking lot one day, that looking for cars was a skill he needed to demonstrate to show us that he could play safely in the neighborhood. That clicked for him, and — suddenly — he was super-motivated to cross roads (and parking lots) safely. In no time, he had earned some new freedoms that he wanted.

And one last tip: As parents we need to be willing and able to deal with a little bit of uncertainty. We need to remind ourselves that, in spite of what the media suggests, in many ways the world isn’t any more dangerous now than it was when we were kids – maybe less so, as public awareness campaigns have made most parents more aware of true safety risks.  Our kids will benefit from experiencing an age-appropriate level of independence and the chance to socialize with their friends without an adult watching over their every move, just like we did.

So, are your kids ready to roam?

Ellie blogs at Musing Momma, where she shares honest and personal stories ranging from reflections on motherhood to tips for raising healthy and (relatively) well-behaved kids to research on child development to fun family activities. As wife and mother in a multiracial family, she often writes about the intersection of race and family, and her experience raising two African-American/white sons. Ellie has a Ph.D. in psychology and has counseled children and families for several years before changing paths to spend more time with her family. She resides in central Pennsylvania with her husband and their two adorably mischievous boys, ages 4 and 7
Next Article