Why My 11-Year-Old Can’t Walk To The Store 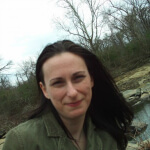 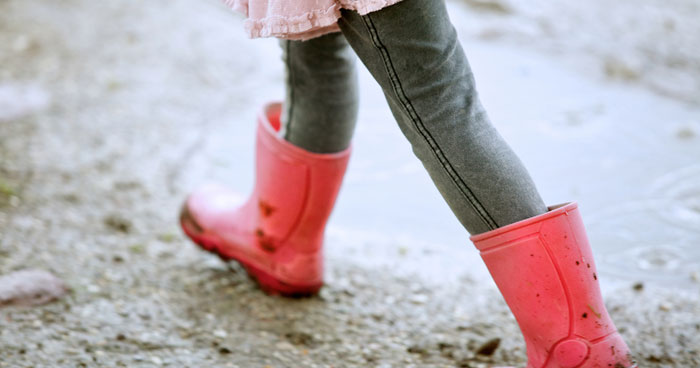 My youngest child suffers from chronic boredom (probably like a lot of other 11-year-olds out there). Last Friday, she sulked all over the living room while I folded laundry. I offered her several suggestions for entertainment, like cleaning her room or helping me fold the laundry. She rejected all of my ideas. (I know. I was shocked, too.)

“You could go outside and play.”

Suddenly her eyes lit up at the idea, and I thought I had scored a home run.

“I know! Can I walk to the store and buy a candy bar and drink?”

I hesitated just a moment too long for her youthful impatience, and it wasn’t because of the lack of nutritional value in her snack choices.

“I’ll use my own money…” She was hopping up and down and using her praying, please-I-beg-you hands. If I had been her father, she would have fluttered her eyelashes, but she knows that crap doesn’t work on me.

“Why don’t you wait until I finish with the laundry and then I can walk with you?”

Her sulkiness immediately returned. The look in her eyes was the kind of you-just-don’t-get-it that reminds me she’s only two years away from being a teenager.

The store is just a couple of blocks away, and we live in a low-crime area. I could probably watch her walk most of the way there from the corner of the yard… if I acted like I was studying the begonias and pretended she didn’t know I was watching her. She’s a pretty responsible kid, and she’s often completed her own transactions at stores, so I wasn’t particularly worried about her ability to count money or speak politely to the cashier.

“Why not?” she drawled in the whiniest voice possible.

I could have made up an answer that sounded good, but I went straight for brutal honesty.

Which sounds like a stupid reason, but I read the news.

Most recently I read about the Maryland parents of a 10-year-old and 6-year-old that walked less than a mile home from the park. The parents are currently being investigated by Child Protective Services for child neglect.

Before that there was the Texas mother investigated by CPS for allowing her 6-year-old son to play on a bench 150 yards from her house. She was able to see her son from the front window.

Before that it was the Florida mom who was arrested for allowing her 7-year-old to walk to the park alone.

I could keep going. There have been plenty of these types of cases plastered all over the news. Kids playing outside unattended, or walking to the park or the library or the store, they are spotted by overly-concerned busy-bodies and the police state steps in to make sure that the children are never left unsupervised ever again.

Even though I’m pretty confident that my daughter would be safe walking to the store, that she would probably even remember to look both ways before she crossed the street, I didn’t want to risk some overly concerned onlooker to judge my daughter’s independent walk as an act of parental neglect. I don’t want to risk losing my kids in a worst case scenario, or (in a an only slightly better scenario) having our lives turned upside down by an official investigation by Child Protective Services.

So I care what other people think.

When I was growing up, I roamed the neighborhood for hours without any cell phone contact or visual confirmation from my parents that I was even still alive. And no one ever called the police or CPS or any other government agencies.

In fact, when I was eleven (the very same age as my boredom-stricken daughter), my mother would send me a good three quarters of a mile away with a note to the store keeper to please let me buy her a pack of cigarettes. And he did… and then I walked home… and no one even gave me a second look.

Seeing kids outside in spontaneous play or just wandering aimlessly is pretty much a thing of the past. We live in a fear-driven culture that believes children are incapable of being safe without adult supervision and that a creepy mass murderer is lurking behind every light pole to steal our offspring. Even though, statistically speaking, that’s just not likely to happen.

Parents lament that children these days are growing up too fast. Usually they are referring to their exposure to images of violence and sexual themes. They are probably right, in that regard.

However, I see children being constantly held back from growing up. With constant hovering supervision (or the expectation of that constant supervision and gods help you if you slack off), we don’t allow our children to gain small amounts of age-appropriate independence.

The feelings of confidence and responsibility my daughter could gain from an unsupervised walk to the store to purchase cheap junk food are priceless.

We can’t expect to hover over them and shelter them and orchestrate their every social interaction for their entire childhoods and then send them out into the world at eighteen, expecting them to be capable, responsible, and careful adults. There is no magic wand that is waved over them on their eighteenth birthday that creates an instantly mature human being. Well-adjusted and competent adults are created from children allowed small moments of responsibility and independence as they are capable of handling it.

No baby bird soars into the air on it’s first step out of the nest. Most often they do a lot of wild flapping and awkward flying from limb to close-by limb.

If we constantly obsess about our children’s safety, we miss providing them with natural opportunities of individual achievement and mild risk which are necessary elements for developing their confidence and a healthy sense of identity.

The overly-supervised risk-free lives of so many children may help explain why so many young adults who are 22 or 28 or 32, still live at home, or haven’t had a serious relationship, or started their careers. They haven’t been properly prepared to make their own decisions or act independently of the ever-present supervision, where every decision is made for them and their environment has been stripped of any real risk. They didn’t have a chance to flap their wings.

So today when my darling daughter interrupts me in a fit of boredom, I’m suggesting she walk to the store and buy some junk food… because I want her out of my house by the time she hits thirty.

If you see her walking up the street by herself, please don’t assume she’s being neglected. I’m not a horrible parent (at least not on most days). I’m just letting her flap her wings.

And I’ll just be over here studying the begonias.