Child Safety, Then And Now 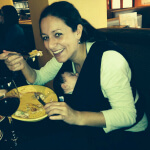 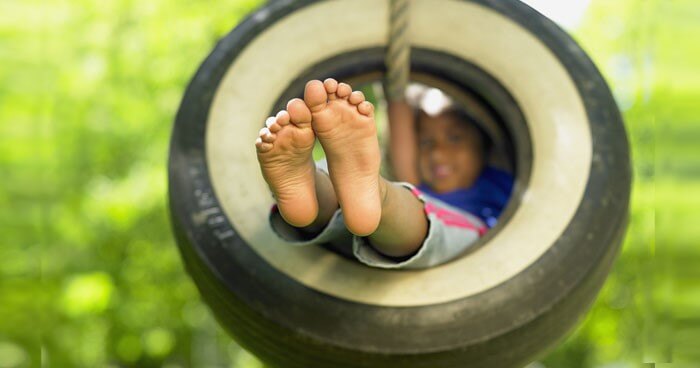 Parents: has it come to your attention that raising modern children seems to differ *slightly* from the child-rearing practices a generation ago? Raise your hand if you’ve heard from your parents or other assorted elders, “Well, you somehow managed to survive without (insert: bike helmet/ video baby monitor/ bath tub water temperature gauge/ other safety device used by modern parents).” This is accompanied by an eye roll indicating how overly cautious we as a group appear to the older generation.

Ok, turns out I can’t actually see your hands in the air from here, but I’m imagining a sea of open palms swaying in unison, as during a power ballad at a Taylor Swift concert (always a truly moving display). Because the truth is, most of us who are currently parenting little ones were ourselves raised during a time with much less anxiety over child safety.

Just last month I got the eye roll from my dad when a low hanging ceiling fan posed what I felt was a decapitation risk to Nolan. Have I ever heard of a baby losing his head to a ceiling fan? No, I have not. But do I want Nolan to be the first? No, I do not.

What I’m not sure the Boomers understand is how difficult it would be for today’s new parents to throw caution to the wind when it comes to child safety. You see, we have the internet and aisles of parenting books telling us how the entire world is a giant death trap for our babies. To ignore the constant stream of alarming data and adopt a more casual attitude would be like parents a generation ago saying, “I know parents nowadays send their children to Kindergarten, but I’m kickin’ it old school and having MY kid go work in a factory!” Sure you may think factory work for your youngster sounds appealing, but are you really going to be the lone parent of an assembly-line toddler? Are you!?

And herein lies the problem. YOU may feel comfortable letting your 7 year old walk to the park, but are you willing to do so when that can get you arrested? Are you willing to do so with a constant barrage of media alerting you to the many sex offenders living in your community? Even for reasonable people, it’s hard to know what’s actually risky and what’s just alarmist hype from a society that’s become overly vigilant when it comes to our children.

It’s a tricky time to be a parent, my friends. Let’s review.

Then: On long car rides, child is sprawled out in the backseat of a station wagon, unbuckled, napping with body fully extended and one leg out the window. On short car rides, child calls “shotgun” and gets the front passenger seat, even if he is only 4 years old.

Now: Child is in rear-facing car seat with 5 point harness and a helmet until the age of 10. Between the ages of 10-16 child may move to a front facing car-seat, but never to the front passenger seat unless the child weighs over 200 pounds and/or has facial hair, whichever comes first.

Then: Swiss Army Knives were available as prizes at the arcade, and if you had enough tickets you could win assorted nunchucks for good measure. I won a little knife playing skeeball one summer when I was about 10, and it made me feel like a daring adventurer, even though I was actually a huge pansy. I think this might be important for the emotional development of sheltered suburban little girls, but I can’t prove it.

Now: All knives are banned for children, even at the dinner table, where modern toddlers are being taught to use dental floss to cut their meats for maximum safety. Sure it’s tougher to divide up a tenderloin, but there is very little risk of being mortally wounded with floss.

Then: Baby is asleep on his stomach, cozily surrounded by a petting zoo of stuffed animals, two handmade blankets, and decorative crib bumpers.

Now: Baby is asleep on his back on a rock hard mattress made in Sweden. The nursery is set at 65 degrees, ensuring a core body temperature that is optimally suited for spending the night in a muslin swaddle. The nearest comfort item is placed at least three towns away to ensure that baby’s airways remain free and clear.

Then: When I was a baby my great-aunt put sugar and a handful of rocks in my mouth to calm down my fussing.

Now: Nolan’s adult cousin gave him a Triscuit to suck on at a family party this summer and I almost shit my pants in fear. If she had given him a handful of rocks to suck on I would still be in adult diapers, having lost permanent control of my bowels due to anxiety, and I’m not even particularly overprotective.

Then: Children play in direct sunlight for 10-12 hours a day with no sunscreen whatsoever, and for their 17th birthday get a membership at the nearest tanning salon to “work on their base” before the prom.

Then: During the summer kids play freely in the woods, build forts, ride bikes without helmets, and stay out until dark without anyone batting an eye.

Now: Helmets are needed not only for bikes, but for walking to the store. Children are a maximum of four feet from their parents at all times, and nobody has ever heard of a fort. Unstructured play time is a myth, as it’s not possible to attend swimming, yoga, Kindermusik, Gymboree, Story Time, and Mandarin lessons and still have time to play outside.

Then: After the birth of your child you are sent home with a pat on the back.

Now: After the birth of your child you are sent home with instructions to enroll in the nearest Infant Safety Training course, a list of all of the traumas you’re likely to encounter in the first month home with a newborn, and an ulcer. 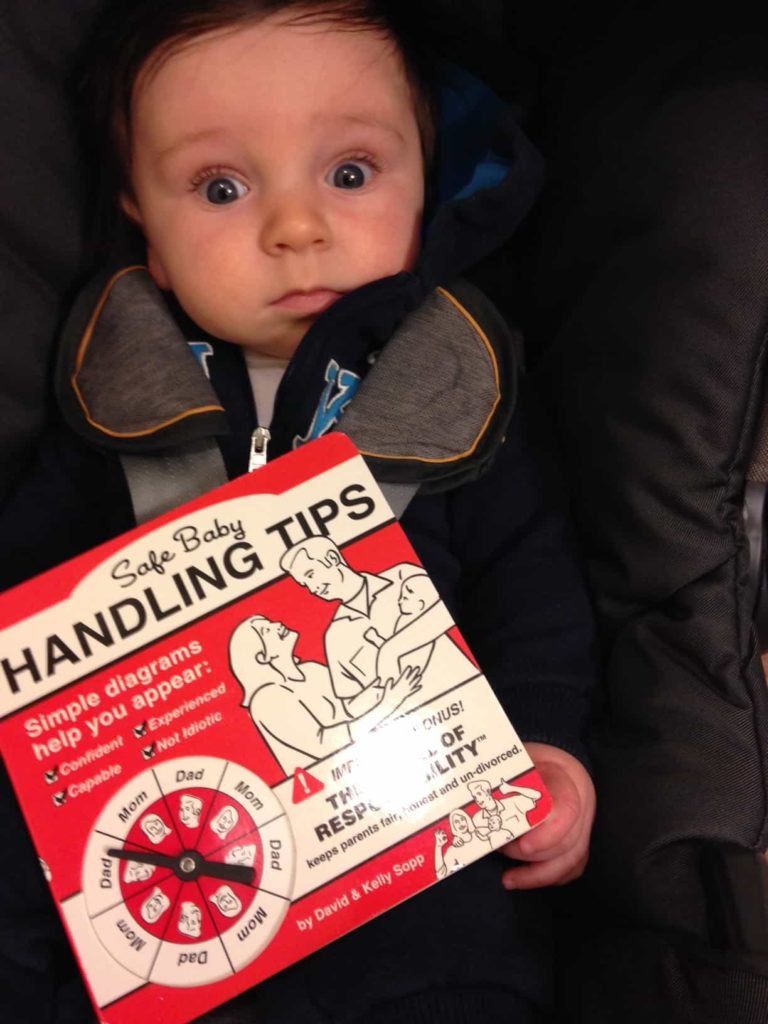 Now what should we make of all this? It’s true that the rate of SIDS has gone down since the “Back to Sleep” campaign. And I don’t think any of us would argue about the logic of bike helmets. Ditto for seat belts.

I think, maybe, that the issue is not in these advances in child safety, but rather in the mindset that the world is a place to be feared; a place that kids are not safe on their own streets, and a place that we must protect them from, rather than introduce them to.

There is a freedom of exploration that was built into our childhoods that I fear we will end up taking away altogether from our own children. And that fear may be the most dangerous thing of all, because there is something real and precious to be lost if we go too far.

So, fellow new parents: I say we keep the bike helmets and the seat belts. But maybe we also let our kids build forts in the woods, when they’re ready, on their own.

Liz Curtis Faria spent much of the past decade as a social worker and photographer, earning very little money but having the opportunity to travel widely and meet many interesting people, including a drunk Canadian who cut her a mullet on a dare. Now a full-time mom and blogger, Liz is continuing her quest to make no money and spending her days wondering why her son so closely resembles a ham. While many, many people call her Mother Earth, she finds that cumbersome. Please just call her Liz. Liz blogs about the joy and ridiculousness that is motherhood at the "hit blog" (her own words) A Mothership Down.
Next Article