12 Things to Tell Your Tween Tonight 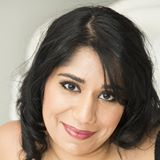 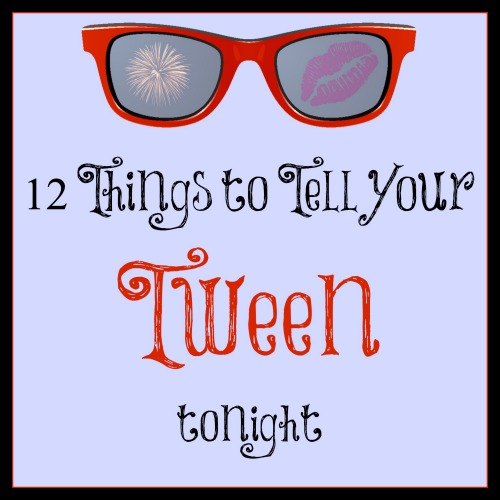 I am the mother of two tweens. TWO OF THEM. That’s double the hormones. Double the attitude. Double the drama.

I’m not sure what I’ve done to deserve this, but there it is.

Obviously, there are wonderful things about tweens, too. Like how they are mature enough to be interesting, but they’re still really kids who let you be their mommy (sometimes). But I’ll be painfully honest – it is tough, too. Because they’re mature enough to argue with you and are no longer satisfied with the “Because I said so” answer, but they’re still really kids who cannot fully handle the emotional roller coaster of life.

In my recent interactions, confrontations, and sob-fests with my own tweens, I started to think of things to say to them. I like to think that they respond truly positively to these pearls of wisdom. Here are the top twelve on that list for you to share with your tween:

1. You are literally a part of me.

Practically every meal you eat, I cook. Practically every item of clothing you wear, I provide. I screen your music, your television shows, your books (even when you don’t realize it!). I’m trying to give you the life I always wanted while also forging you in my image. Like Victor Frankenstein made his monster, so have I made you. So no matter how foreign I might seem to you, you are a lot more like me than you want to admit.

2. You are going to be so much smarter than me someday. But today is not the day.

There is nothing that your tween brain has figured out that I cannot deconstruct. And while I am so happy that you are smart and know wholeheartedly that you will be much, much smarter than me someday, the reason I still give you boundaries is because you’re not smarter than me yet.

Sudipta Bardhan-Quallen is an award-winning children’s book author whose books include Chicks Run Wild, Pirate Princess, Hampire!, and Quackenstein Hatches a Family. She visits schools around the country to talk about the craft of writing to children of all ages. “Every book is an autobiography” is a favorite saying of hers, and a big part of her message is that everyone, grownup or child, has a story that is interesting and compelling — if you can find the right words to tell it. Sudipta was born in Jersey City, NJ and attended the California Institute of Technology in Pasadena, CA, where she received both a Bachelor’s and a Master’s Degree in Biology. Instead of completing her PhD, Sudipta decided to leave science because she had stories to tell. A decade and over thirty books later, she is still writing. Sudipta lives outside Philadelphia with her children and an imaginary pony named Penny. You can learn more about her and her books on the web: www.sudipta.com.
Next Article