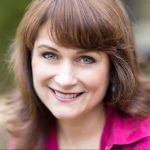 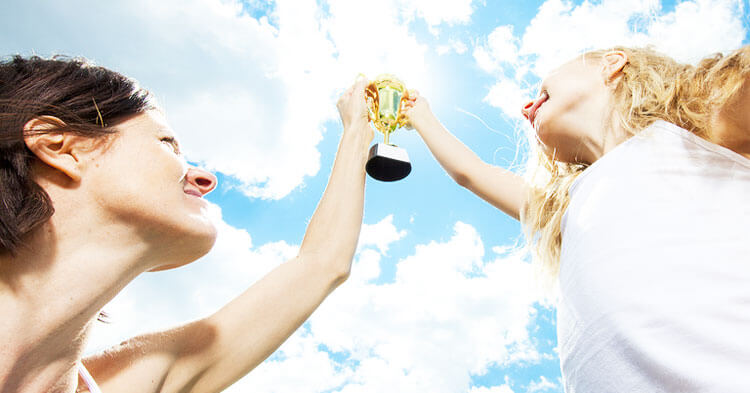 When my family moved to the Oley Valley, I was in the second grade. The village had less than 2000 residents, one traffic light, and no football team. The Main Street was, and still is, lined with brick Victorians and old stone farmhouses. There’s the M & M sandwich shop, a gas station, The IGA, and The Oley Beer Mart. Cornfields and scattered farms flank the roads leading out of town toward the mountain ridges.

The lack of a football team was unsettling to my football-playing father, football-cheerleading mother, and football-coaching grandfather. Nevertheless, that first summer in Oley, my open-minded parents registered my two brothers and me for soccer and dropped us at the Oley Valley Youth League for the first practice.

We were on the same team—the boys and me, the one girl.

And when we were short a coach, my dad and grandfather volunteered to take the helm. With How To Play Soccer books in hand, they tried to teach us this foreign, beautiful game.

My brothers spent thousands of hours kicking the soccer ball against our barn wall. They juggled in the middle of the road, forcing us to count their touches on the ball. Soon they were far better than me and I hung up my boots.

For them, soccer became more than a game.

It was a passion.

As my brothers excelled in the sport, our small country soccer program grew. Oley got better and stronger. Any kid who was a decent athlete played soccer.

And we dominated our district.

But there was one team Oley could never beat.

We lived and played in the overwhelming shadow of our neighboring town. Fleetwood didn’t have a football team either, but they had the legendary soccer coach Ray Buss who had built a program over many years, racking up 500+ wins, multiple All-Americans, and national respect. The sign leading into Fleetwood never let you forget that they were the Home Of The Pennsylvania State Soccer Champions.

All Oley ever wanted to do was beat Fleetwood.

My freshman year in college, my brothers were positioned to have their best soccer season to date. The high school team was stacked, but more importantly, the season before a new coach had been hired.

A Scotsman who had played for the New York Cosmos.

A man who understood soccer.

He was charismatic, handsome, and the life of the party.

He cursed a lot and chain smoked, but the boys responded to him and it showed in their elevated level of play. The consensus was that this would be our year. Not only would Oley beat Fleetwood, but we’d also win a state title. Everything was about to gel. The potential was magical and contagious.

Nothing could stop us.

But Coach Carruthers had a pesky cough that wouldn’t go away. And when he noticed a lump on his shin, he asked my dad (an ER doc) to check it out. My father, never the alarmist, sent him to the hospital immediately.

The idea of not coaching wasn’t an option.

The season would go on.

Coach lost weight. And got sicker. But he was at every practice and every game. When he became too weak to stand on the sideline, he barked plays from a golf cart and when the cancer attacked his brain, he said things that the school board didn’t like.

Suzie, he told my mom. They fired me.

He died two days before the Oley-Fleetwood game.

Oley lost in the state semi-finals. A game my brothers argue they should have won as they outshot their opponent 20-5. They wore black armbands with the initials RJC to honor their fallen coach. They prayed, cried, and still lost.

See, the soccer gods had only one special victory to hand out to the ragtag team from the valley and they’d chosen to do it on a different day, earlier in the season.

It was a Saturday morning game.

The October air was still soft and warm.

Coach’s wife, a widow just two days, sat on the far side of the field, her car pulled close to the team bench as if the boys could somehow protect her from the truth.

I’d taken the Beiber bus home from NYC the night before to be there.

My mother had hired a Scottish bagpipe player. Alone at midfield, the piper stood, his pipes shouting Amazing Grace at the hills. The Fleetwood boys and the Oley boys walked side by side. They split and circled the bagpipe player.

And then it was quiet. We bowed our heads for a moment of silence.

I asked my brother the other day what the final score had been, sure it was branded in his memory.

I really don’t remember. Just that we won.

They gave the game ball to Coach’s wife.

That soccer season we all began to understand a little of the real world.

That people get sick.

And that no amount of hoping, wishing, or praying will keep them alive.

Games that should be won are sometimes lost.

And that nothing lasts forever.

But we also learned that there would be shining moments, bits of goodness. The stuff we’d start to build the rest of our lives upon. The respect of a rival. The dignity of a fight well fought whether on the field or in the hospital. Victory when it mattered most. The coming together of community in times of sadness.

Maybe my brothers would have rather won the state title.

I only got to watch from the sidelines.

But I think I saw them begin to turn into men that day against Fleetwood.

There was a great world waiting for them beyond the hills.

Maybe they won the game they needed to win.

Post script: Both of my brothers received Division I college soccer scholarships. One became an All-American, had a stint on the US National Team, and later played professionally. And that Scotsman, he also introduced me to an exceptional (Fleetwood turned professional) soccer player who would become my husband.

This post was syndicated with expressed permission from Heather Christie.