Waging The Gun War, One Hug At a Time 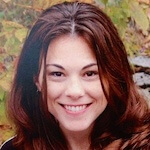 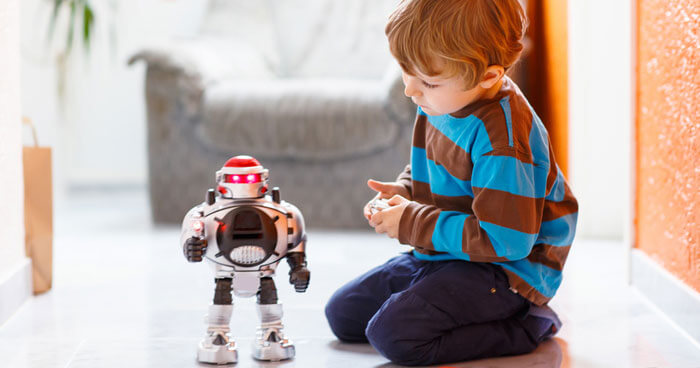 “Where are its shooters?” my 5-year-old asked, eyeing my Trio Blocks robot suspiciously. I knew this was coming. He has always been a builder; we’ve spent hours making towers and alien robots and superhero vehicles using Legos and Lincoln Logs and his latest fascination, Trio Blocks.

But somewhere along the line, all that building took on new meaning. It wasn’t just building to create anymore, it was preparing for battle.

And I hate that. I don’t like shooting and fighting and killing. Little boys seem wired for it, but little boys’ mothers are mindful of how today’s play can shape tomorrow’s character.

“He doesn’t have shooters,” I smiled.

“Mommy!” his exasperation was apparent. “He has to have shooters! Here, I’ll help you.” He clicked a few long green sticks into my happy robot’s hands.

“There. Now, what are its powers?” he asked, pulling me along on his army-building quest.

I looked at the green plastic weapons. “They shoot love.”

“WHAT?!” he protested with the biggest smile I’d seen in awhile. “What kind of weapon is that?” His 7-year-old brother turned from his book, giggling, and came to investigate.

“Oh, trust me, it’s more awesome than anything you’ve got,” I taunted, gesturing toward his arsenal of block planes and heavily armed robots.

“Mommy, you can’t shoot love,” his big brother reasoned. “It doesn’t hurt anyone.”

There was a world of lessons he’d learn one day about that statement, but I let it silently slide into the future.

“I don’t want to hurt anyone,” I said. “Why do you guys always want to shoot each other? Remember that poem ‘Hug-O-War’?” The Shel Silverstein poem was one of my favorites, but we hadn’t picked up Where the Sidewalk Ends in ages. They both shook their heads. The 5-year-old looked at the other two robots I’d made, and picked up the tall, skinny Cyclops. He poked two “shooters” into the robot’s middle, making him look like he had a machine gun protruding from his gut. “What’s this one’s powers?” he challenged.

“That one shoots happy dreams,” I said, inciting laughter. “Anyone he hits will have a happy dream.” Maybe building with blocks was more fun than I thought.

“And this one,” I said, picking up the stocky robot I’d made with outstretched arms and little purple blocks for hands, “gives hugs.”

They continued to giggle as I toddled the robot toward them maniacally. “Come. Here. Hug. Meee!” I said in a cross between robot-speak and Frankenstein. I toppled onto both of them in a group hug. “How’s. Your. Hug. Jar?” the robot asked haltingly, referencing a question I hadn’t asked them in an embarrassingly long time.

When they were younger, if either of my boys was having a particularly cranky day I would sometimes opt for a “Time In” rather than a “Time Out,” asking how full the little crab cake’s hug jar was. The answer always showed a serious depletion – “It’s empty!” or “It’s only half full!” – and I’d scoop up the wiggly vessel and fill his jar to the brim.

“I will not play at tug-o-war, I’d rather play at hug-o-war,” I recited the Silverstein classic as we wrestled on the living room floor, the dog jumping out of our way. I couldn’t remember half the poem, so I skipped to the end, as they pretended to dodge my tickling and kisses. “Where everyone kisses and everyone grins, and everyone cuddles, and everyone wins!”

We accidentally broke half the army, but all three hug jars were filled.

This post was written by Robyn Passante exclusively for BonBon Break Media, LLC.

Robyn Passante is an author, freelance writer and longtime blogger who writes about parenting, women's issues and faith at Holding The Strings. The mother of two and former newspaper editor is now a regular blogger for The Huffington Post. She has written for several publications and websites, including The Washington Post, NickMom, and the 2014 essay anthology Scary Mommy's Guide to Surviving the Holidays. In her spare time, she helps people write what's most important to them at Well Phrased.
Next Article