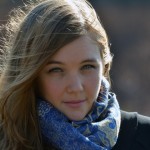 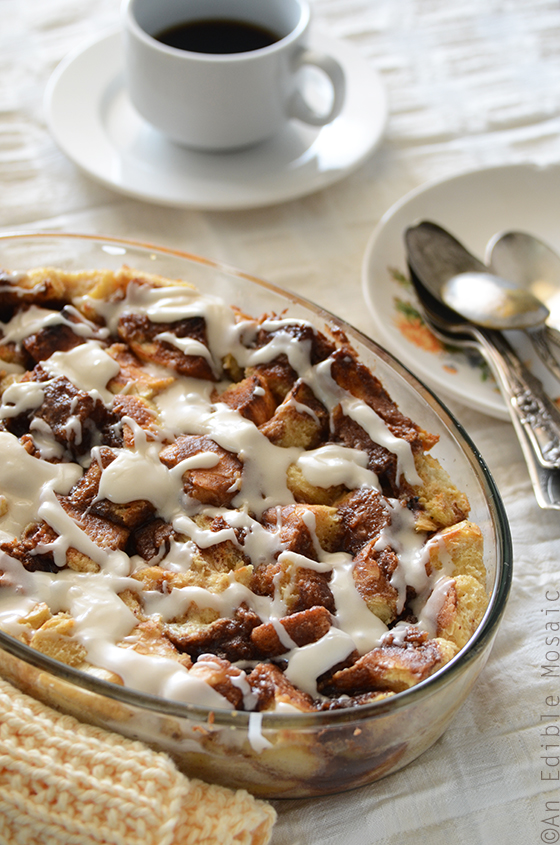 What’s better than warm cinnamon buns on a cool fall morning? I actually know the answer to that question. Cinnamon Bun Bread Pudding is better, because you get all the flavor with only half the effort!

Cinnamon buns are one of my all time favorite special occasion foods, and with the holidays right around the corner, I thought now would be the perfect time to share this amazing bread pudding recipe.

Making cinnamon buns from scratch can be a pretty time-consuming event. We’re talking hours of waiting while the yeast dough rises and re-rises. Bread pudding, on the other hand, is very simple to make. With this cinnamon bun bread pudding recipe, you can prepare, bake and enjoy within an hour. Plus, you can make it ahead of time which allows you more time to spend with your friends and family which is what the holidays are really all about.

CHECK OUT MORE RECIPES IN THE KITCHEN 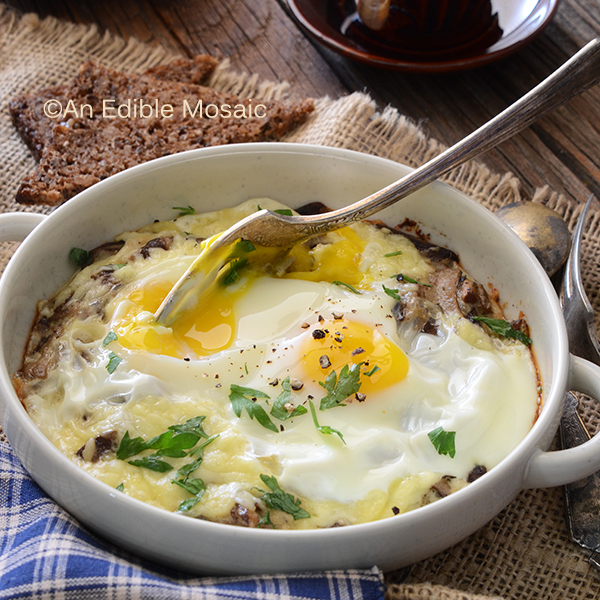 Cheesy Mushroom Baked Eggs for Two by An Edible Mosaic

Black Bean Burger Dinner {$.96 Per Serving!} for Food Bloggers Against Hunger by An Edible Mosaic

Faith Gorsky is the writer, recipe developer, photographer, and food stylist behind the blog An Edible Mosaic. She was born, raised, and spent most of her life in Upstate New York, but she and her husband have also lived in Syria, Jordan, and most recently Kuwait; they now live in the Washington DC area. Faith loves to travel, especially to places steeped in rich culture and history. Her favorite thing to do is go into the kitchen hungry, open the fridge, and start creating; she also enjoys reading (cookbooks mostly), vintage shopping (especially in old markets), watching movies (of all genres), and is enamored with ancient cultures (especially Rome and Egypt). Her first cookbook, An Edible Mosaic: Middle Eastern Fare with Extraordinary Flair (Tuttle Publishing; 2012), is a collection of authentic Middle Eastern recipes she learned from her Middle Eastern in-laws during her time spent living in the Middle East.
Next Article