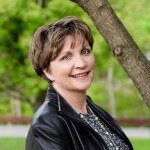 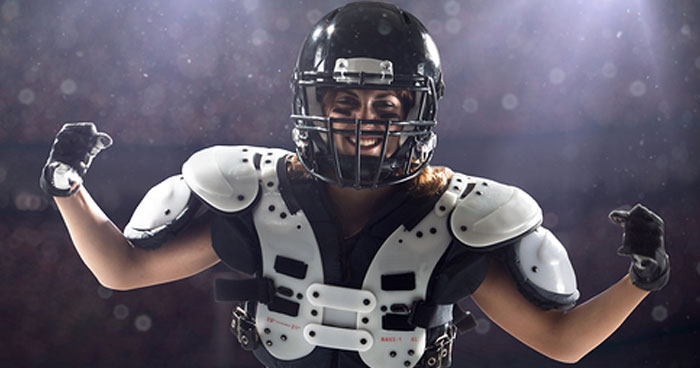 There are some basic truths about me. I talk too much, laugh too loud, and give my opinion a bit too freely. I am superstitious to a fault and have been known to call out complete strangers for putting their hat on a table or splitting a post. Oh, and I LOVE football!

It all began back in 1972 when I developed a somewhat serious crush on Larry Csonka, #39 for the Miami Dolphins. I credit my Uncle Tommy for introducing me to the fascinating world of pro football. As we spent Sunday afternoons watching our beloved Dolphins achieve perfection with an undefeated season, I became hooked. I was fascinated by a sport that few girls seemed to care about, and I worked to learn every aspect of the game.

In high school, as my gal pals chatted and socialized in the football stadium bleachers, I yelled passionately at the refs for missed calls; screamed at the quarterback when I perceived the approaching blitz; and cheered for the defense achieving a 4th and inches shut down. I did not dream of being a high school cheerleader, but I would have loved to have been the kicker.

It was very much by design that in 1981, when contemplating the daunting task of choosing where to attend college, I selected Florida State, home to the Seminoles. To note that I am a rabid FSU football fan is a serious understatement.

Now, each August I wait impatiently for the month to tick down. I eagerly peruse the football season schedules and fill my weekend calendars with games to watch and attend. But here’s the thing: I want my gal pals to join me in this gridiron lovefest. I strongly believe that if you just understood the basics of the game, you too would bask in the sweet, sweet glow of a college game day victory celebration. Do not allow yourselves to be relegated to the half-time party snacks table.

Football can seem somewhat complicated. Provided here are some basic terms that, when mastered, will help you keep up with and enjoy the game:

If a team can’t reach the end zone, but they’re close–usually within 25 yards or less of the end zone, on a fourth down (see below) they can kick a field goal through the goal posts for 3 points. A team can also score 2 points from a safety, but we’ll cover that another day.

Putting up a Hail Mary

Playing with the Pigskin

Even I can be stumped by the football vocabulary. Recently a gal pal asked me: “why is a football field called a gridiron?”  I had to admit I didn’t know the answer, so I looked it up. Turns out that in the early 1900’s (yes, football has been around a long time) football fields were marked in a pattern that resembled a grid.

Last tip: when in doubt, it’s ALWAYS OK to yell this: GO NOLES!

Kimberly “Kimba” Dalferes is an accomplished king salmon slayer, estate sale junkie & sometimes writes books including "I Was In Love With a Short Man Once" and "Magic Fishing Panties". She recently had a limerick published by the Washington Post & vehemently believes this is a legit publishing cred. Find her at http://kimdalferes.com/ or hanging out on her blog "The Middle-Aged Cheap Seats" http://kimdalferes.com/blog – where midlifers come to sit, laugh & "occasionally" drink tequila.
Next Article